Creating Simply Zoe out of my cancer diagnosis I was so excited when Sara asked me if I would like to guest blog. I find, and I know it is the same for others, that it is really helpful to read other people’s stories.

I thought long and hard about what to focus this blog on and decided to share some positive effects my diagnosis had. Don’t get me wrong, I’m far from being in the cancer was the best thing that ever happened to me squad. If I’m going to be frank, it’s the bloody worst thing that happened to me! But like with most things, a positive can usually be found even in the direst of circumstances.

I was diagnosed with a hormone receptive breast cancer (I honestly have no clue which. There are two types of patients, those that learn everything about their illness and those that just turn up and do as they are told…I am the latter) in January 2015 at the age of 39. A PET scan showed that I had bone mets. The cancer was apparently aggressive and treatment needed to start immediately. I don’t suppose there is ever a good time to be diagnosed with cancer but my wedding was in August 2015 so the timing really ticked me off!

I had 16 rounds of chemo over a five and half month period, finishing just 3 weeks before the wedding. Wearing a wig on my wedding day was not really the dream, but hey ho. A few weeks later I had a lumpectomy, but the margins were not clear, so I was sent back in for a mastectomy, spending my 40th birthday in the hospital. I’d like to say I took it on the chin, after all, the removal of your cancer is so important. I can confirm I sulked for most of the day, only cheering up when my family piled in to see me, including my parents who flew up from Tanzania for two nights to surprise me.

When I expressed sadness to my doctor that I would be stuck in the bed when they all went out for dinner on MY birthday, he told me it wasn’t prison! I didn’t need to be told twice!!! Cue washing and styling my 3 cms of hair and sashaying off to the restaurant with my three surgical drains. I say sashay…it was all I could do to stay upright, but I’ve always been a bit of a FOMO (fear of missing out).

The year was topped off with 5 weeks of radiotherapy and then hormone treatment. As I have mets, I will be on treatment for the rest of my life. Always hoping that the drugs WILL work and when they stop that there is something else that can be tried. I’m 3 weeks in to the latest effort, which has some not so charming side effects. To top everything off, my ovaries were removed and we lost our chance to have the babies we so desperately wanted.

So, what next? I really struggled to find the items I needed during treatment, recovery and beyond, such as beautiful bras. Since I had always had a dream to work for myself, I built a small business to source beautiful, feminine but practical items – along with the lingerie, pretty head scarves and drain bags – as a one stop shop for women with breast cancer. A pleasant place to browse and shop, away from the medical and sterile options that I felt were all we really had access to. Simply Zoë was born!

This evolved into a joint venture with a friend, where we are dedicated to raising awareness and funds to support cancer research! Together we created, Fearless. our exclusive collection of t-shirts and a shopping tote (a hoodie is coming soon!) for all women to unite in the fight to find a cure for cancer.

Having been made redundant last year, quickly followed by spread to my liver which has any way resulted in long term sick leave, I have been able to devote more time to Simply Zoë which is so energising. To know we can raise money to support cancer research, producing items that women love to wear and love to participate in the cause is even more energising, even better, to work on such an exciting project with one of my best friends is wonderful.

Being made redundant and having progression of illness is not the best news. But having the time, when the energy allows, to be able to work on a project that is dear to me and to be able to spend time outside in nature, walking, keeping my body strong so that cancer is kept at arm’s length is imperative to me. I’m lucky that I have the time and space to work on what empowers and energises me and to be able to take the exercise I need which is so important, especially with an illness like cancer. See, I told you there would be positives! 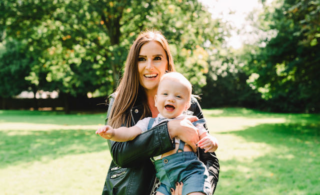 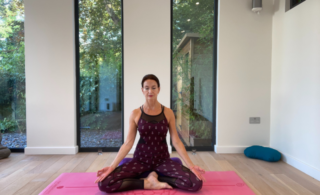 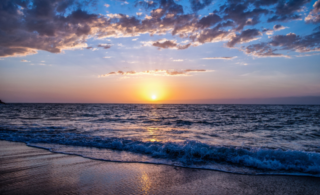 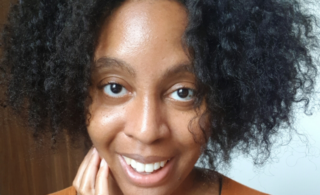